2009: We all know human impact measurement is loaded with potential health and technical problems. That said, force (N) itself is subjective, the harder the surface the more the force generated, right up to striking a solid object. Think of force generation as deacceleration! Every customised measurement rig ever built to measure the force of a combat strike, will have varied in hardness, producing widely different results, that are incomparable. They were typically, punch bags between 100 and 200 pounds, suspended in a wide variety of ways. These measurements did not contribute to our understanding of strikes or help with coaching.

Our investigations over many years indicated combat sport and sport scientists needed a fresh approach. We set out to develop a tactile, impact pad. A design that would later allow us, to add sensors. A measuring strike pad where, irrespective of style/weight/gender/age/professional or amateur, users could be confident of repeatedly striking, to their maximum ability.

Now more in-depth research was possible as we had perfected the best strike surface for measuring all combat techniques. Our impact pad, the PowerKube®, was a small portable device, symmetrical in shape but most importantly, able to control compression, by up to 12cm (5 inches) on impact. The heavier the strike, the deeper the compression and therefore the more resistance the user experienced, acting like a brake, controlling deacceleration. We call this CCT® (Controlled Compression Technology).

We were then equipped to start investigating other measurables like the impact power in watts (W) and kinetic energy in joules (J), of a combat strike.

Ultra-high-speed transducers allowed us to slice the data generated by a strike in millionths of a second, in real time, inside the PowerKube®. We then collected striking data globally across multiple styles, for detailed analysis. However, we quickly deduced, neither (impact) power or (kinetic) energy measurements individually, did not accurately reflect the wide variety of impact types in all combat styles. 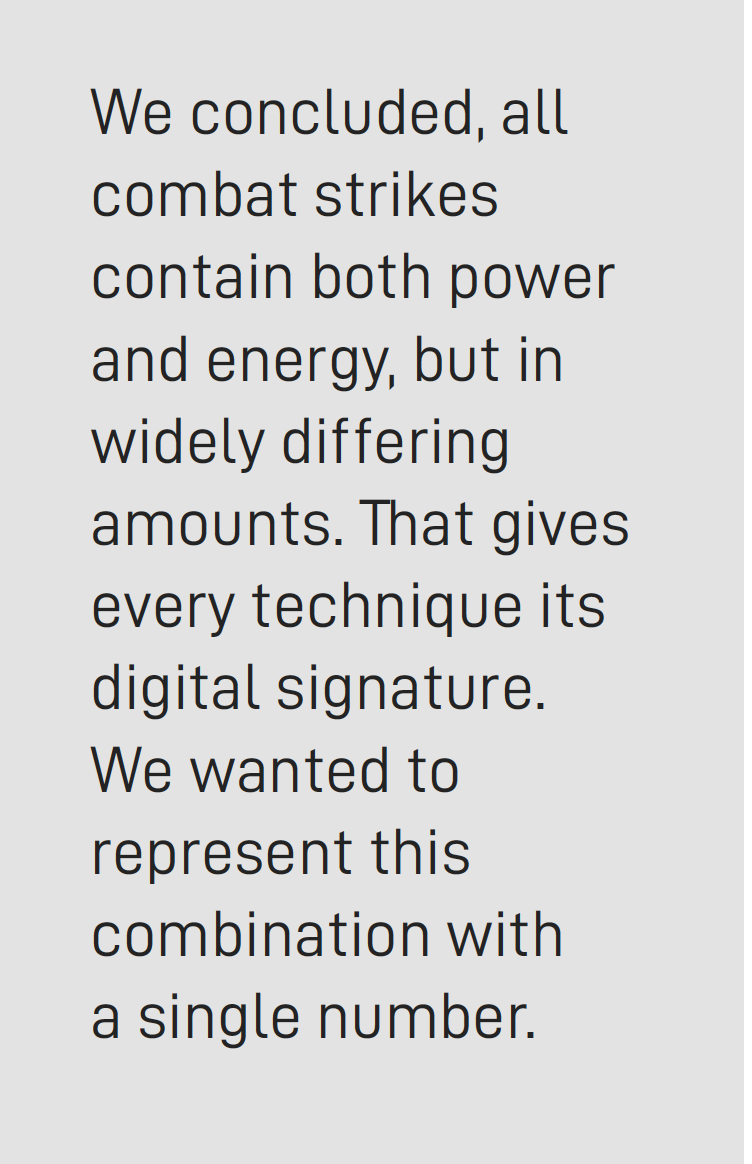 In every combat strike there is the speed related initial impact which, is a short-lived power spike (like a shock) that lasts just a few millionths of a second, alongside which there is the rolling kinetic energy. An independent scientific study of a pre-production prototype carried out by the Australian Institute of Sport, concluded that our power measurement is 98.2% the same as force (N). However, long after power/force has been captured, the kinetic energy continues. It is the kinetic energy that gives a technique its penetrative characteristic. Unlike inanimate objects, athletes move their centre of gravity during the impact, to harness their kinetic energy. This goes some way to explain superhuman breaking capabilities in some martial arts.

Based on this mass of data and still working alongside professional athletes, we built our algorithm to generate a compound unit of measurement of power and energy. We call this the franklin, named after the inventor Kevin Franklin, a quantification of Human Force (f)®.

Now we have the Next Generation PowerKube® 3.3, which has advanced mathematical modelling and can even detect human movements backwards or forwards when handheld, to negate false readings.

The PowerKube® 3.3, therefore is a standardised striking pad, engineered to be highly consistent in production and individually calibrated. It will remain in calibration until such time as the user gets a software warning and will regain calibration with its replaceable relatively low-cost technical foam core.

2021: The latest version of the Power Station® provides a stable striking platform, lockable to any height to 2m and allows for simple quick adjustment to any attack angle, over a 270 degrees radius. Using state of the art laser cutting and CNC technology to our stainless-steel support structure, the PowerKube® is now perfectly mounted for scientific and/or training purposes.

Our sophisticated but user-friendly software is based on a Combat Athlete’s Profile or (CAP®). A Combat Athlete Profile is based on the 3 Key Performance Indicators (KPI) for a combat athlete, power across all techniques, endurance, and reaction time to a meaningful impact. It allows the user(s) to establish a baseline to judge performance and progression over months and years. Monitor overall performance including training methodology, health, specialist trainers and teaching, hypotheses around conditioning and power generation, diet, hydration, weaknesses, and strengths. A CAP® may be used to set standards and norms, individually, or within a group.

Additionally, we then consider an athlete’s weight (as in power/weight ratio), to create a CAP® index for each of the KPI’s, the sum of which allows us to rank a fighter with a single number we call their CAP® rating.

Awareness of CAP® indexes will help increase competition, as comparisons are not limited to a group a style or weight or belt classification. Athletes can effectively compare their performance with anyone at any weight. 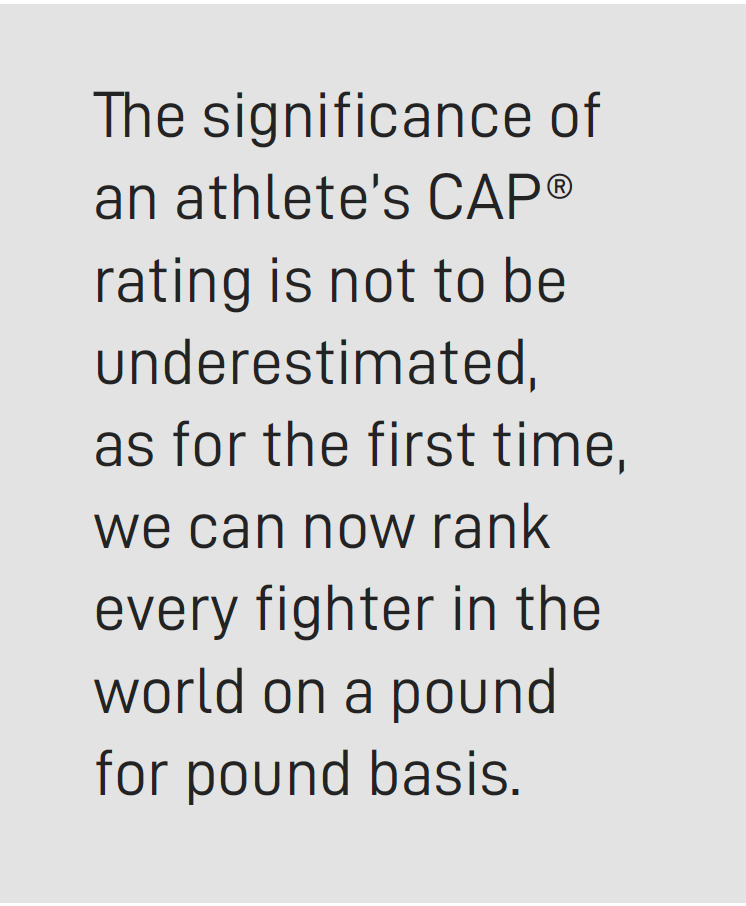 Find out more about what we do...

Click the button below, to get to our online videos and book a discovery call NOW!

This website uses cookies to improve your experience while you navigate through the website. Out of these cookies, the cookies that are categorized as necessary are stored on your browser as they are essential for the working of basic functionalities of the website. We also use third-party cookies that help us analyze and understand how you use this website. These cookies will be stored in your browser only with your consent. You also have the option to opt-out of these cookies. But opting out of some of these cookies may have an effect on your browsing experience.
Necessary Always Enabled
Necessary cookies are absolutely essential for the website to function properly. This category only includes cookies that ensures basic functionalities and security features of the website. These cookies do not store any personal information.
Non-necessary
Any cookies that may not be particularly necessary for the website to function and is used specifically to collect user personal data via analytics, ads, other embedded contents are termed as non-necessary cookies. It is mandatory to procure user consent prior to running these cookies on your website.
SAVE & ACCEPT